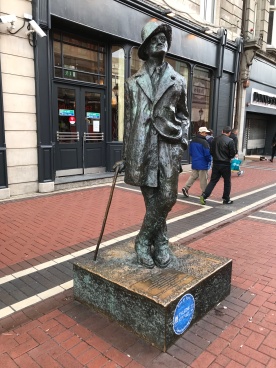 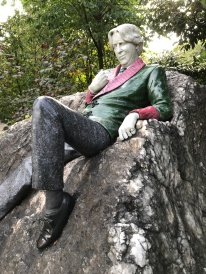 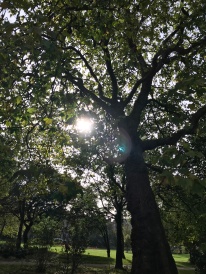 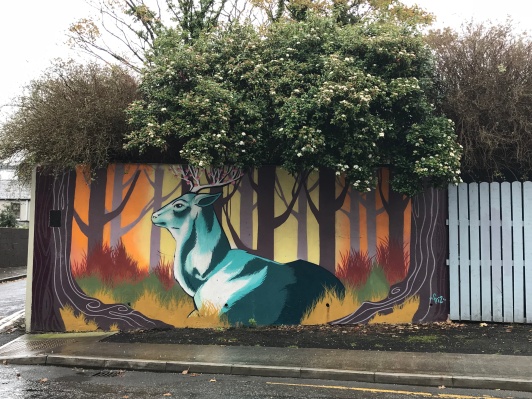 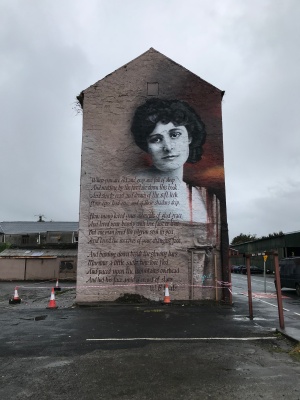 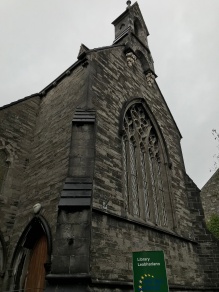 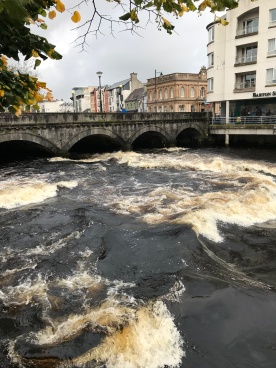 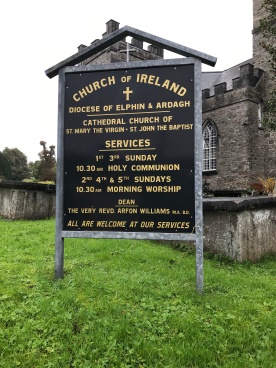 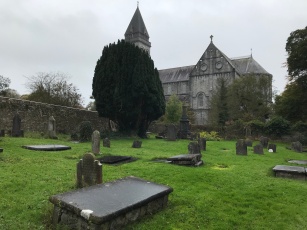 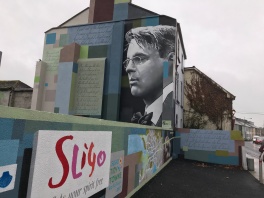 When I was a kid one of my favorite things to do was play dress up. In fact one of my earliest memories is that I had a dinosaur costume as a kid for Halloween and then I spent several months wearing it around the house, the yard, the grocery store, terrorising people in my dinosaur alter-ego until I fully outgrew the suit. It was formative I suppose, but afterwards and forever since I have loved being in costume.

Halloween was at first the only socially acceptable time for this creative outlet but soon enough my mom and great aunt and grandmother would all let me and my cousins raid their closets and parade around the yards and house in cast offs or costumes. Like dandy southern ladies, we would carouse on sweet tea in our big hats, long gauzy skirts, umbrellas cast as parasols and high heels that slid around our too-small feet. Sometimes we would dress up just to admire the clothing and have a go at our own version of high fashion, and other times we would make up elaborate stories to go along with our outfits. We were traveling heiresses on our way to Atlanta, or maybe highly ranked foreign royals at some exquisite event.

It was a nice release of energy and creativity all in one go but at some point someone says well you’re too old for that.

To hell with them, I say.

In college I fell into the wide world of themed parties and cosplay which were worlds apart and yet practically neighbors. There was something taboo and forbidden about being on the supposed cusp of adulthood and yet getting dressed up like a character and going to a party when you didn’t have so much as a holiday to hide behind. Oh sure, Halloween was still a big deal but my friends were throwing Hollywood themed birthday parties, and masked ‘balls’ for New Years Eve and who was I to turn down the opportunity to revisit something I had so loved as a kid. I remember an elaborate peacock look I put together that involved painting the ‘mask’ onto my face with glitter.

And then one day, a friend told me about the wide and wonderful world of cosplay. It was like someone had turned on all the lights and taken costuming to an 11.

If I thought my casual summer looks pulled out of Aunt Mary’s closet were really something special, they had nothing on the girls at conventions who were sewing whole ball gowns out of silk and taffeta and stuffing them with crinolines and tulle. I knew I wasn’t going to be an expert over night and my ambition was pretty limited at the start but I still remember my grandma, Nina, getting so excited to teach me how to knit so I could cobble together my own Harry Potter scarves. Or how pleased she was when she got to show me how to use a sewing machine and a pattern so I could make my first pleated skirt for a Hogwarts uniform.

They weren’t impressive pieces, but they’re sentimental to me now, and exciting even after all this time. That I made them myself. That seems to be part of the appeal of cosplay after all these years that I’ve made it myself. Even if all the pieces aren’t made by me – the full look put together with hair, makeup, clothes… that’s all pulled together by me. Sourcing sometimes is just as difficult as making it myself, honestly and there’s a thrill in it all the same.

Since those humble beginnings, I’ve tackled much more daring projects, with armor, and corsets and having to outsource making bits to other craftsman… but at the heart of all this toil is still that same joy I had as a 4 year old dressed as a T Rex. We could do a deep dive sometime on the culture, implications, cost, social project etc of cosplay and all that but for me it’s in the feeling of playing dress up.  That as an adult I can put on a costume and for a minute be someone else. That I can transform through make up and wigs and fabric and a little bit of acting. I wish Aunt Mary and Nina could see it now – to see how all the creative encouragement from when I was a kid panned out. How that first awkward sewing project has turned into a mountain of totes filled with patterns and fabrics and to-dos.

These days I’ll travel to a couple of cons a year, and many of my cosplays serve double time at costume parties or even #scicomm events and Halloween, but it’s still a thrill to pull them out and transform and to draft a new costume for the next year, or the next season.

It’s an exciting thing to slip on a mask and move amongst the crowd as anyone but you. At any given convention I could play half a dozen roles and I wouldn’t have it any other way. 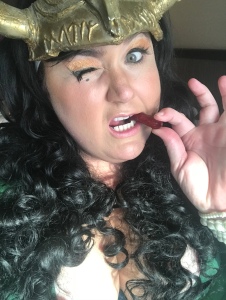 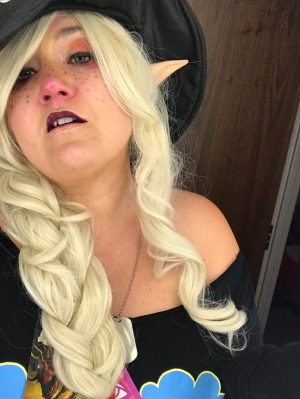 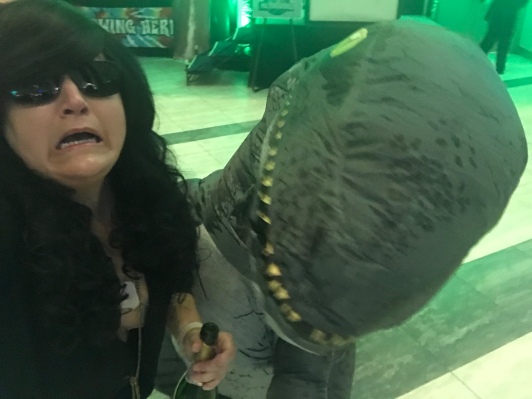 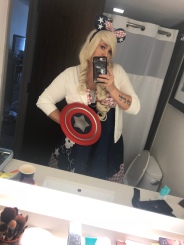